Everything I Ever Needed To Know, I learned in a Greasy Spoon

They all meet each day at the coffee shop
Or at their local cotton gin
To discuss the whole world's affairs and why,
We’re in the shape that we’re in.

A dirty hat’s the only requirement
If you think you wish to convene,
At this high level summit meetin’ of these
Political analyst in jeans.

Be forwarned the debates can grow heated
And They’ll digress to callin’ names.
Till the chairman wisely calls a recess
To discuss the last home ball game.

Their agenda will vary widely from
The price of wheat to acid rain.
There’ll be two experts on ever’ subject
To explain what needs to be changed.

Whether it’s U.S. Foreign Policy,
The trade imbalance, or inflation.
Each one will have a sure fire remedy
For the ills that plague our nation.

I’ve wonderd why our learned congressmen
Will spend millions every day.
Trying to find ways around the obstacles
That spring up in our countries way.

When they could just use a little slack time,
Go hunt one of these meetings up.
And easily find the answer they seek
For the small price of one hot cup.
(Brookman, Darin, “Those Who Came Before and Other Poems,” Darin Brookman, 1993, Hollis Oklahoma)

The words contained in the poem brought back memories of my younger days in the Texas Panhandle. 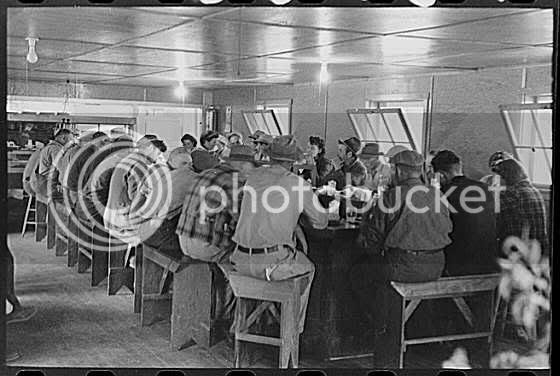 The Saturday mornings of my youth were spent mostly at a local greasy spoon diner called The Black Gold Restaurant. I grew up in the middle of the oil patch that was found in western Oklahoma and the eastern panhandle of Texas. Thus the name “Black Gold” came from the rich oil culture (if you can call it rich) in the area. The problem was, during the 1980’s the oilfield in that area went bust, and a lot of folks were left without work. My dad was one of those unfortunate souls. He eventually found employment with the school district as a maintenance worker. My mother, in my pre-adolescent years, worked as a school cafeteria lady. She later would take a job with the state at the prison when I was in middle school. I say all of that to make this point. I grew up in a traditionally “Blue-Collar” household. We didn’t jet-set all over the globe in search of a good time or bounce from place to place in search of the next big thing. We lived a simple life. We held to traditional values: God, family, hard work, and honesty. It was largely from these things that we derived our greatest pleasure.

One of those “pleasures” was the time spent in that little greasy spoon. It was the kind of place that was filled with smoke, and had blue plate specials. A couple of nights a week, a local musician would set up and play for tips. Places like that have their own traditions, and this place was no different. It was the picture of every other small town diner in every other small town in rural America.
The restaurant itself was associated with a small home-owned, and somewhat rundown motel. You know the kind; single story and reeking of curry. It offered cheap rooms, and resided in a once booming, now dilapidating area of town.

The restaurant however, was somewhat different. Though the physical structure was owned by the motel property owners, it was leased to the restauranter. It derived most of its business not from hotel patrons, but from the regulars that frequented the establishment for big breakfasts, greasy cheeseburgers, or just a cup of coffee and some lively discussion. 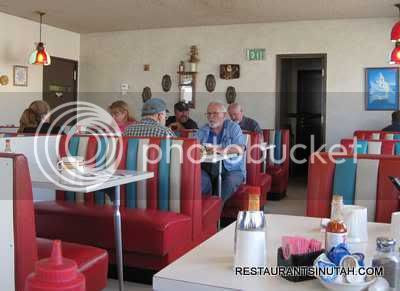 The place was set up diner style, and when you walked in, there were two prominent tables that naturally caught your eye. The first was peopled by farmers, retired guys, and widowers. They were there basically every day, and spent much of the day there discussing current events, politics, conspiracy theories, grain prices, and the general inanity of life.

The other was filled with school maintenance workers like Jerry and my dad. There were others who were employed at local oilfield contractors, and other blue-collar capacities.  There was Sam and his wife Jody. I never really was sure what Sam did for a living, but Jody was a nurse at the hospital. There was C.R. and Agnes, he had worked his entire life at a local service station, and served as a deacon in one of the more conservative Baptist churches in Town. This table was what the regulars termed “The Table of Knowledge.” Jerry was the jokester of that table, and gave it its name. The conversation was usually light-hearted and filled with puns, quips, and wisecracks. Time would be spent making up fictitious events such as the annual “HogFest,” complete with a pig-chip throwing contest, a pig-nic on the ground, and the bestowing of the coveted title of “Hog Queen.” There were discussions of big dreams, high hopes, and reminiscing about old times. They would recall humorous stories or past events that happened and would usually bring a bout of rousing laughter from the table.

As restaurants go, it was no 5 star, suit and tie kind of place. It was locally owned, the food was greasy, cheap, and piled on the plate. The coffee was sometimes stronger than you might want, but it was always fresh. And the conversations were always lively. I recall with fondness those times!

A few years ago, the Black Gold restaurant closed its doors. The owner rented another building, changed the name, and conducts a similar business. For me though, it’s not the same. I don’t know what it is, but something is missing somehow. Maybe the wornout carpet, or the rips in the booth seats, maybe the set up of the place, or maybe there was something special about that old cinderblock building in the southward moving side of town. I can't really say as I know. A place like that just has a lingering presence and it leaves an imprint on you.

You know, there are places like that in little towns all over. Places where friends meet to eat a great hamburger and have a cup of coffee, while sharing joyous memories. Restaurants offering a table where widowers come to convene with those of like mind, or sometimes enter into great disagreement. Places where the life-educated minds meet to discuss the problems of the world and offer their solutions and thoughts on everything from current events to the moon landing. Yet in all of those places, among the regular faces and the coffee stained cups, there’s a sort of fellowship, a sense of belonging. It is all held together by the thick smoke, florescent lighting, and constantly brewing pot of coffee.
Posted by KurtGJones at 2:46 PM 2 comments: